Several ranches along the Front Range in Douglas County were able to obtain grazing permits for their cattle on the Pike National Forest. The permits usually defined the number of animals allowed to graze on the forest and were restricted to a limited number of days. In the spring Ranchers would drive their cattle up various canyons to their assigned range area in the forest. A cattle round up was held in the fall to return the cattle back to their respective ranches for the winter. During the summer the cattle would intermix and had to be sorted out during the round up using each ranch’s brands. There are several large valleys in the Pike National Forest that are called parks. Lush grass was available in these parks and had a good water source for the cattle. Salt is also a necessary mineral for cattle and there are few if any natural salt licks in the Rampart Range mountains so ranchers would haul wagon loads of salt blocks to their cattle that grazed on the forest. Some of the salt blocks were placed into salt logs so they would not make contact with the soil.

The three large parks that are in the southern Douglas County part of the forest are Sailor Park, Brannan Park and Watson Park.

Harold Higginson Ranch access Butler Canyon to Sailor Park area. There was a cabin in Sailor Park where the Higginson’s could live while tending their herd. Sailor Park was very wet and swampy so a corduroy road was built to cross the park meadow.

Dakan Brothers Ranch access using Dakan Road to the, Brannan Park and Watson Park areas. Some say that Peter Brannan cut and stacked hay in that Park. A fenced stack yard can be located where the hay was stacked. 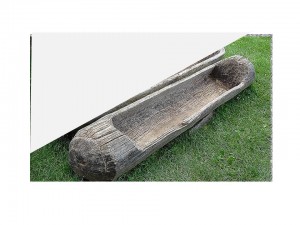