Born in Maine in 1825, Daniel C. ( sometimes referred to as Chess) Oakes moved across the country with his parents three times: the first move was to Ohio where his mother passed away; the second was a bit further west landing their smaller family in Indiana. His father passed away in Iowa in 1847, when D. C. was twenty-two years old. He took off for the California gold fields in 1849, but returned to Iowa via ship which took him through the Panama Canal and a brush with death when the sailing vessel was dead in the water. Growing short on supplies of food, a ship came to their rescue when the captain signaled the ship with the Masonic signal for distress. Recovered from the ordeal of the hardships at sea and the disappointment of California, D. C. married Olive Maria Martin and they lived in Glenwood, Iowa.

Soon the urge to go west was back and D. C. started for Colorado. Leaving in September of 1858 from Omaha with a party of prospectors, he arrived in Denver on October 10th of that year, with Olive staying behind. D.C. and party met up with the Green Russell party to inspect their claims. Thinking that finding gold would hold a good outcome for them, D. C. decided to return that November to Iowa for the winter. Having had access to William Green Russell’s journal, D. C. used it to write a pamphlet called the “Pike’s Peak Guide & Journal” which touted the Colorado gold fields and helped to lead green miners into thinking that gold could be picked up off of the ground. From the book “The Great West” by Ferdinand Vandeveer Hayden: “In the spring of 1859, Green Russell’s journal was printed by Major D.C. Oakes, with descriptions of the best routes to the new Land of Promise. This book, full of glowing descriptions of the Land of Gold, was extensively circulated throughout the Eastern States and caused thousands to leave their homes and turn their faces westward to the land of untold treasures.” This pamphlet, as it was also called, took off and helped to cause a hundred thousand hopeful would-be gold miners to travel west to Colorado, but this was somewhat short-lived. As D. C. returned to Colorado in the spring of 1859 with a sawmill, he crossed paths with the disappointed miners and their families. He felt their rage when he saw that he was buried in effigy and almost lost his sawmill when a large group, returning east, threatened to destroy it. The group finally let D. C. pass after yelling “hard names” at him.

The sawmill was set up in Douglas County at Riley’s Gulch in the area now known as Daniels Park. About this time Olive came to Colorado and lived in a tent until D. C. could build their house. The Mill became known as Oakes Mill or Oakesville which had a post office in 1860 and was briefly considered as the Douglas County seat. D. C. Oakes’ “pioneer” mill was washed away in the flood of 1864. The account from the book “History of Colorado” by Wilber Fiske Stone has D.C. Oakes pioneer saw mill being established at Huntsville. Huntsville also has a post office in which D. C. Oakes was the postmaster. It is very possible that Oakes had two saw mills working to bring much needed lumber to Denver, which was growing quickly.

D. C. had a lumber yard in Denver at Cherry Street near 5th and he and his company erected buildings in Denver. D. C. served as an election judge in Denver and some of the public meetings were held in the offices of his business. He, also, was nominated as Probate Judge in Douglas County. D. C. and Company advertised in the Rocky Mountain News and this ad appeared in the October 21st issue in 1861: “We are now prepared to furnish Lumber of assorted grades either at our mills or Lumber Yard, corner of Cherry and 5th Streets at the shortest notice, and at the Very Lowest Cash Prices. Having two mills in operation capacitated to net 20,000 feet of Lumber daily, enables us to fill bills immediately upon presentation. All kinds of stock, wagons & c., taken in exchanges for lumber. Orders left either with D. C. Oakes, Denver City, or J. E. S. Eayre, at the mills, will receive immediate and prompt attention. D. C. Oakes & Co.”

The lumber business went on through 1865 when D. C. sold his mill and was appointed Indian Agent by President Andrew Johnson. He established the first Indian Agency for the Grand River and Yumpak Ute’s, and served in this position through 1869. It was during the time that D. C. was Indian Agent that he met Alexander Cameron Hunt, who had also been an agent, General Kit Carson and Albert Gallatin Boone, related to Daniel Boone. It was reported in the newspaper Colorado Transcript of July 1869 that Major Oakes had been notified by the Interior Department that his services were no longer needed as Indian Agent and that an army officer had been ordered to supersede him. Many Denver citizens asked that Oakes retain his position.

In 1870 the Oakes and Crull names appeared in the paper called the Daily Register Call of Gilpin County. This could have been the William Crull of southern Douglas County as D. C. set up his second sawmill at Huntsville in 1859 and may have met the rancher. The Bureau of Land Management records show that Olive Oaks purchased 160 acres in Douglas County, in 1870, close to the southern county line directly south of Greenland and directly in line with where the railroad would come through (this is the property that helped to make up the Ben Lomond Ranch). The book “Walk With Our Pioneers a Collection” from articles written by Josephine Lowell Marr mentions D. C. Oakes in conjunction with land that Mrs. Coberly obtained for a town site, stating that D. C. had a sawmill close by. The site of Huntsville became Douglas County’s second post office with D. C. becoming postmaster in 1862. In 1885 the newspaper of Castle Rock reported that D. C. had purchased the cattle of Mr. Moorhead of the Larkspur area (Moorhead had part of what is now the Eagle Mountain Ranch), but that D. C. was living in Denver.

In 1869 D. C. Oakes was appointed deputy U. S. Land surveyor and he held this appointment until his death in 1887. 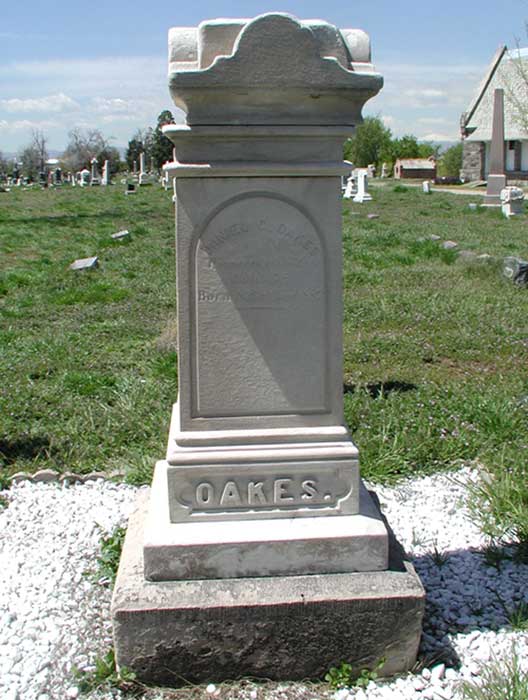 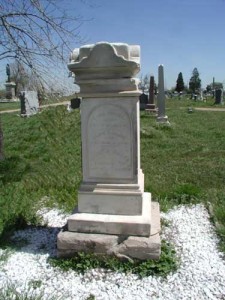 Thanks to the Colorado Historic Newspaper Collection; the book Douglas County, Colorado A Photographic Journey; the book Walk With Our Pioneers A Collection; the web site for the Bureau of Land Management records; Denver Mountain Parks History page; the book Kit Carson Days 1809 – 1869, the book History of Colorado, History of Nevada, Colorado, and Wyoming, 1540-1888 by Hubert Howe Bancroft, Frances Fuller Victor & Marvel of the New West by WilliamMakepeaceThayer on line at Google Books; the web site for the Denver Library the article 59ers Directory Colorado Argonauts 1858-59; Stone, Wilbur Fisk, ed. History of Colorado. Vol. 2. Chicago: The S. J. Clarke Publishing Company, 1918; and the Susan Trumble landmark nomination for the Pretty Woman Ranch.