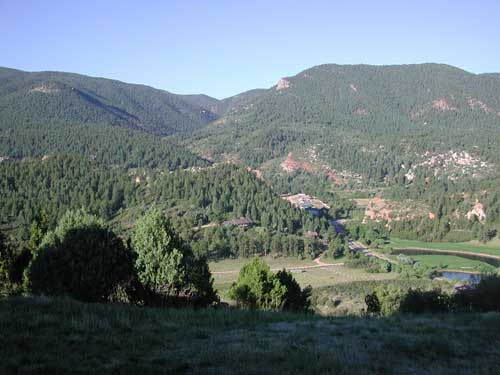 A Beautiful Summer Resort Located Amid Many Picturesque Natural Attractions

Within an hour’s drive of Larkspur, a station on the Denver & Rio Grande and the A. T. & S. F. railroads, nine miles south of Castle Rock, is situated Perry Park, which in natural attractions has few, if any superiors in the state. Bountifully supplied with pure and sparkling water and protected on the west by the Front Range mountain, it forms a quite romantic resting place for those who wish a pleasant summer’s outing free from the annoyances of business.

The Park is fitted with many remarkable rock formations equal in unique grandeur to those of the better known, but not more attractive, Garden of the Gods. That place is entirely arid and therefore uninhabitable, while Perry Park, as has been said, is amply provided with water, is easily accessible, and is a most enjoyable place of resort.

The handsome Nanichant Inn at this point was reopened this year, after being thoroughly renovated. Under the excellent management it has gained popularity, and throughout the season the demand for accommodations exceeded the capacity of the house.

This article appeared in the newspaper & Castle Rock Journal 1900 Dec. 21st and was part of a larger article entitled “Douglas County and Castle Rock” 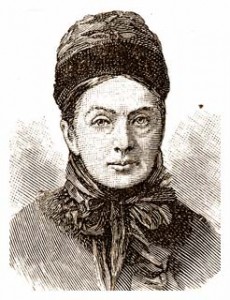 The West Plum Creek valley and the Perry Park Ranch were visited by Isabella Bird in October of 1873.  You can read her letters in several books such as “ A Lady’s Life in the Rocky Mountains” by the John Beaufoy Publishing Ltd. 2009.

Information or assistance about the Geology of the Larkspur area including Perry Park can be found by contacting  the Colorado Geological Survey at: