The town was founded in 1896 by prospector William Wanner, who announced that he had made a shipment of ore worth $35 per ton in silver and gold from his claim, and the Castle Rock Journal declared “The future of Dakan is assured.”[1]. By Christmas 1896, there were about 300 people in Dakan, and a United States post office opened in Dakan on December 30, 1896.[2]

In January 1897 Dakan was described as having eight buildings, including hotel, restaurant, saloon, and grocery store, and contracts for five additional buildings as soon as lumber could be delivered.[3] But the ore did not live up to the hopes of the prospectors and promoters. By August 1898 the post office was closed, and the town disappeared.[4]

The town was said to be “in the shadow of” Dakan Mountain, which is 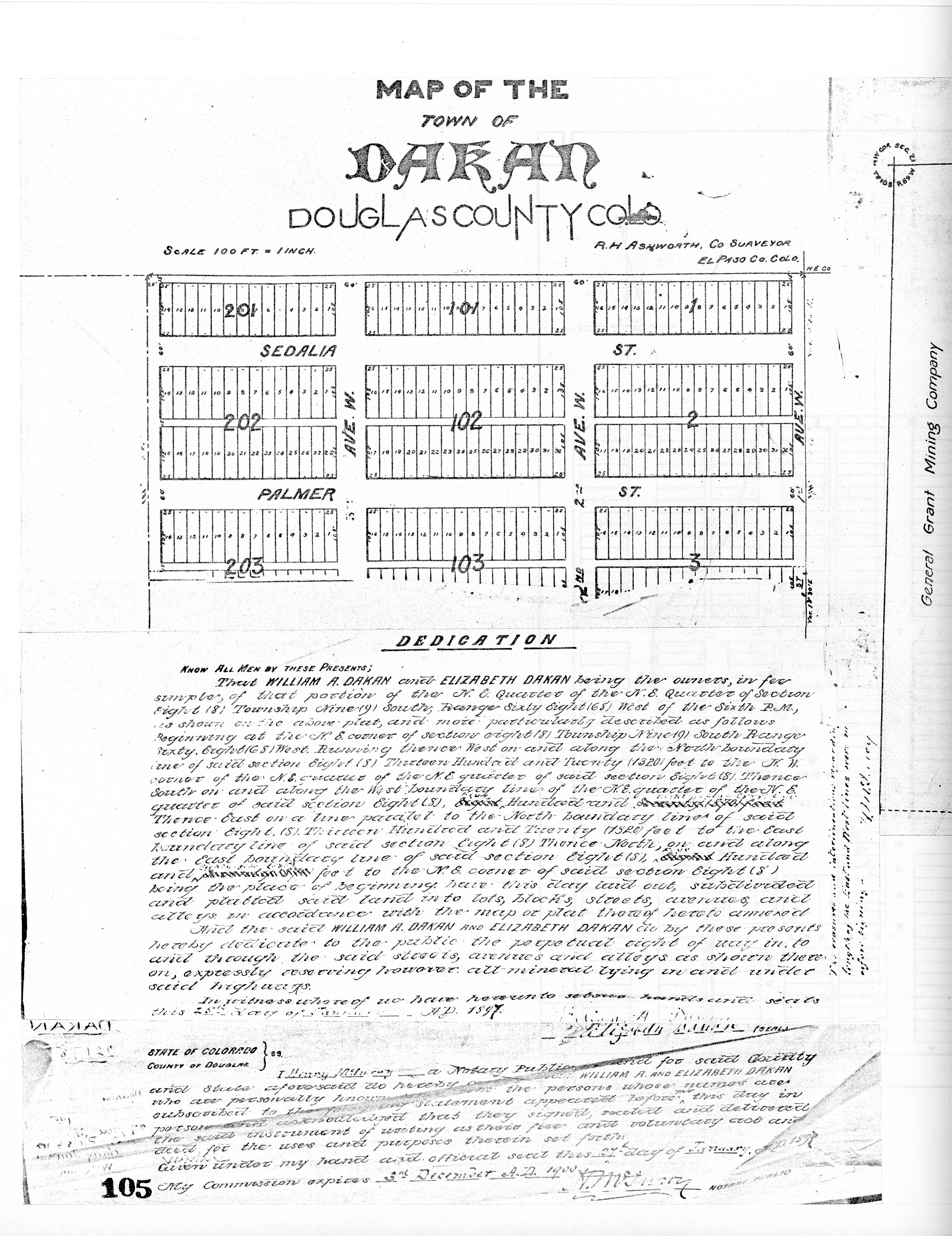