Williamsville, another early settlement, was established in 1873 by David Rice Williams. He named this homestead Williamsville after his home town in Massachusetts. Bringing a wagon load of belongings David Williams and his wife Elvira settled here and became one of the foremost manufacturers in Colorado with their cheese factory. David Williams hauled lumber six miles by team from the Blakely Mill on East Cherry Creek to build his barn and home. Williams originally raised potatoes on his farm, as most of the divide farmers did. Later he planted grain, bought pasture land, and began raising dairy cows. Eventually he owned 1,100 acres of deeded land.

Mr. Williams hauled loads of eggs, butter, and milk to trade in Denver. The trip took three days and two nights and Elvira, his wife, always worried about Indians because they would file by their cabin and look into the windows. The children would hide in the big clothes closet and never make a sound until the Indians passed.

As his business grew larger he added an ice house, cheese processing plant, and milk processor, a steam boiler and a network of pipes to heat the six 5,000 gallon vats. A New Yorker, John Ruppart, was employed as cheese maker and soon Williams had one of the leading cheese factories in Colorado. Each morning before nine o’clock the horse drawn vehicles drove up to have the milk weighted and put in vats. A full cream cheese weighing about 30 pounds was made and the curd put in large presses. Later a portion was pressed into brick molds each weighing about ten pounds. The next morning all the cheese was taken out of the presses and placed on clean shelves to cure for thirty days. Each cheese was turned every day to prevent mold and lined with a cloth bandage. Wagon loads were equally in evidence at the Colorado State Fair where this splendid cheese was given premium awards year after year. The factory bought 10,000 gallons of milk daily, and processed 200 cheeses.  A by-product, whey, was run by pipes to the outside of the buildings were the farmers took it home in cans to feed their calves and hogs.

By demonstrating the success of dairying on the divide, many other farms throughout the county were encouraged to engage in this occupation. By the late 1870s Dairying was without question the greatest industry in Douglas County. These ranchers took their milk to William’s Creamery, where it was processed and most of it was shipped to the Denver and Colorado Springs markets.

In 1905, at age 68, Williams decided to sell his cows and all the equipment used in his dairy operation. At the close of his operation he was securing milk from a ten mile radius including Elbert, Elizabeth, Lake Gulch, Goldale, East Cherry and Spring Valley. The Williamsville Cheese Factory was the oldest factory in the state. It was quite an economic blow to Douglas County for all the neighboring farms had become accustom to bringing their milk to him for sale and distribution to Denver and Colorado Springs.

Water rights were of upmost importance to the settlers here and Mr. Williams was the first settler to apply for water rights in Denver for his homestead on West Cherry Creek.

A new road connected his land with Greenland, the shipping point on the Denver and Rio Grande railroad. He opened a general store stocking it with groceries, dry goods and shoes, being the largest stock of shoes between Colorado Springs and Denver. It is said that each pair of shoes brought $2.00 with 25 cent profit for the store. He, also, cured and smoked his own meats. 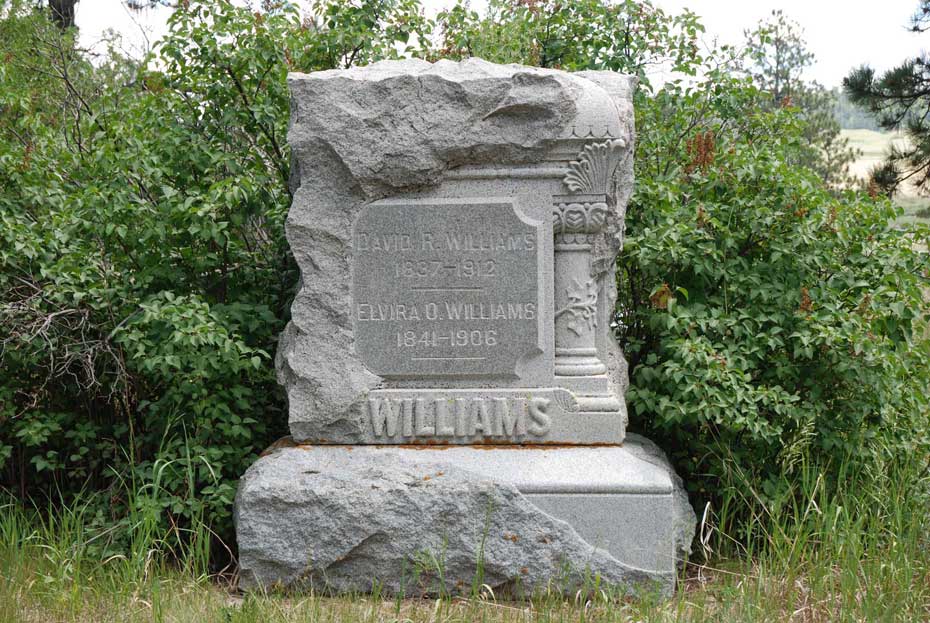