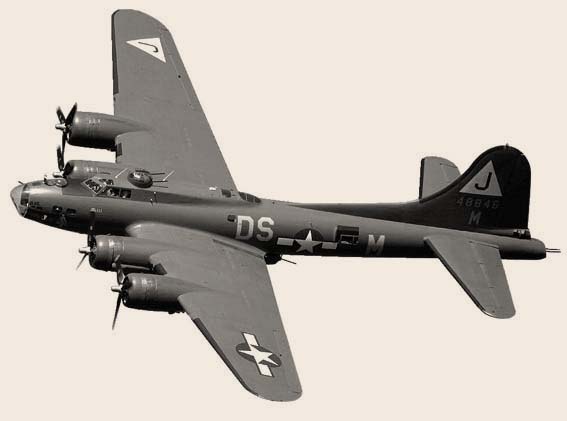 It was an overcast, snowy Saturday in the Palmer Divide area on February 26, 1944. Army Air Force Second Lieutenant, Joseph J. Beeson Jr. stationed at the Clovis Army Air Base in New Mexico was piloting a mighty B-17 “Flying Fortress” bomber on a routine combat training mission. Sitting beside Beeson and studying the cockpit instruments sat the 17’s co-pilot, Second Lieutenant Harry B. Davis of Philadelphia, Pennsylvania. The Navigator, Second Lieutenant Harry L. Barry from Columbus, Ohio, and Flight Engineer, Captain Fred Gentry of Decatur, Illinois, had laid-out the air route and were tracking their “round robin” flight and training run paths from Clovis to Denver and back again and maintaining radio contact with the ground stations along their plotted route.

Second Lieutenant Jack T. Laird was the Bombardier of the flight and a native Oregonian from Klamath Falls. Laird was the pivotal individual for the combat focus of the training mission since his were the eyes and hands that would guide the Fortress’ normal combat ordnance load of six thousand pounds to their intended targets. In addition to his bombing duties, Laird was also responsible for the B-17’s gun positions and the five non-commissioned officers that manned the 17’s thirteen 50 caliber, turret-mounted machine guns. The five gunners of AF3155 were all Corporals and hailed from across the nation. Ralph C. Judah from Iola, Kansas and Glenn L. Stutsman of Washington, Iowa were the Midwest contingent. James F. Perry, a Charlotte, North Carolinian, and James R. Young from Port Arthur, Texas embodied the South while Joseph J. Fendrick’s New York accent from Queens rounded the national melting pot to completion.

The B-17 being flown on this combat training mission was manufactured in 1942 and was the state of the art bomber of World War II. The B-17 was truly a Flying Fortress. The aircraft was powered by four radial piston “Cyclone” engines, each producing 1,200 horsepower that pushed the 55,000 pound aircraft with its 103.8 foot wingspan and 73.3 foot length, to a cruising speed between 170 and 200 miles per hour with a range of 1,850 miles. A total of 12,731 B-17s were produced from July, 1935 to August, 1945 at a production cost of $276,000 each. The demand for these conquerors of the sky was insatiable and, in order to meet the need of the war, the B-17 was produced by three manufacturers: Boeing, Lockheed Vega and Douglas. The B-17 also earned an incredible reputation throughout the war for being able to continue flight and return to base after sustaining huge amounts of combat damage.

It is unknown what happened on board AF3155 that fateful February day. The 17’s Clovis to Denver portion of the mission went well but fifteen minutes into its return leg to Clovis from Denver, Denver ground control lost radio contact with flight AF3155. Nothing further was ever heard from AF3155 and the B-17 was presumed lost. Aerial and limited ground search turned up nothing until May 22, 1945, when the crash site of AF3155 was identified and marked. There were no survivors.

Flight AF3155 went down in a rugged area of the Pike National Forest east of Rampart Range Road and Forest Road 327. Upon crashing due to unknown causes, the B-17 sheared numerous trees at the crash site area, broke-up and scattered debris over a wide area before coming to rest and apparently burning. 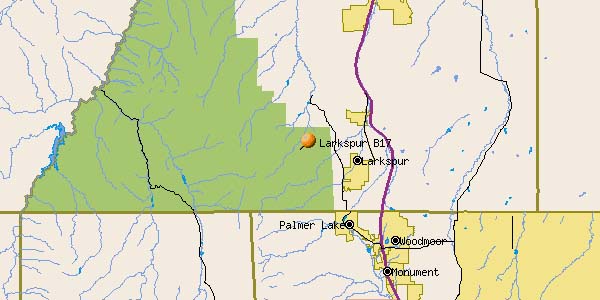 Wreckage debris still exists at the hallowed crash site although most of the aircraft was burned. Relatively recent expeditions (circa 2000) have found identifiable parts from the B-17 crash: 4 engines, landing gear legs, crumpled aluminum and small globs of melted aluminum. The crash site is very difficult to reach since it lies some eight hundred feet down from a ridge site with house-sized boulders. There have been two expeditions that have formally documented the crash site: Colorado Wreckchasing (written and still photographs) and Douglas County Channel 8 (video)

The pictures below of the crash site were taken by Ron Miller who is now a member of AvAr (after Aviation Archeology) under the auspices of Colorado Aviation Historical Society. Additional information on AvAr can be found on http://www.coloradoaviationarchaeology.org. 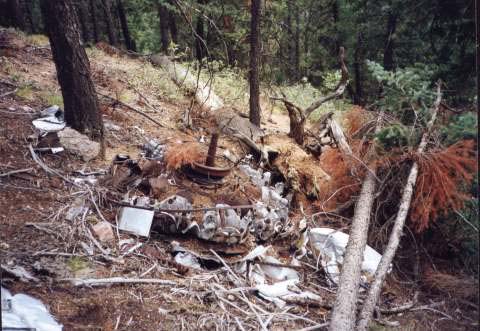 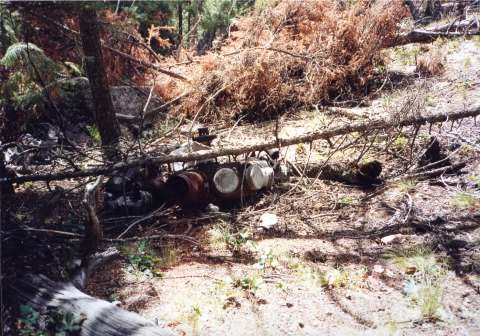 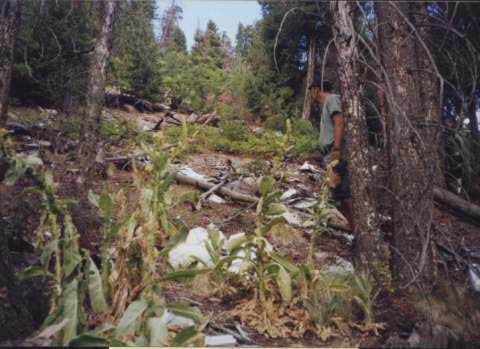 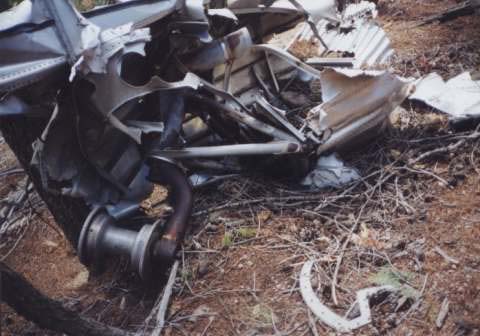 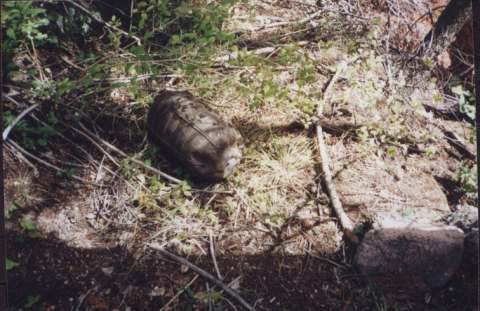